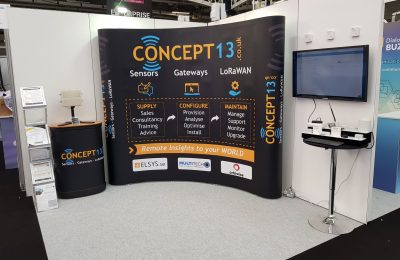 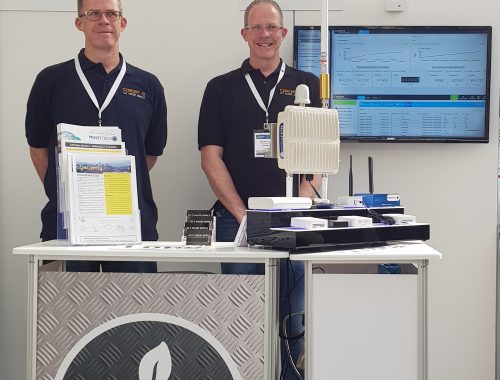 Concept13 was started in 2017, and in just 4 years has become one of Europe’s leading LoRaWAN IOT specialists.   Companies trust Concept13 with their LoRaWAN procurement, provisioning and support services, because of our unique business approach:  Our sole focus is LoRaWAN, so you can focus on your market.

SALES:  We thoroughly test the latest LoRaWAN sensors and LoRaWAN Gateways before we agree to sell them.  We want our customers to have absolute confidence in the reliability, durability and availability of stock.  We absolutely stand behind the products we sell, which is why we offer a 3year extended warranty to our partners.

PRICING: As one of the largest approved resellers in Europe, we pool orders for our partners, allowing us to negotiate significant discounts and to offer competitive pricing on single and bulk orders, always lower than manufacturers own RRP.

SUPPORT: We are the recognised experts in the full LoRaWAN stack, so we can quickly and effectively diagnose and support customer LoRaWAN issues from one single point of contact – for sensors, gateways and the LoRaWAN network server.

CONSULTANCY: We are experienced in all aspects of LoRaWAN deployments, including gateway mapping, network storms, mutli-cast, geolocation and Class C.  Our work involving some of the biggest deployments in Eruope.

Get in touch today to discuss your LoRaWAN Solution Requirements

Concept 13 - Our success in numbers 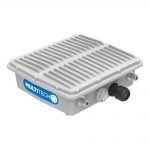 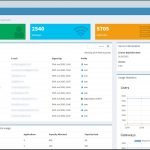 Hundreds of sensors in-stock for tracked UPS next-day delivery. Orders submitted by 1pm shipped same-day. Bulk discounts on 10, to 10,000 sensors. Optional pre-provisioning of all sensors and gateways for out-of-the-box easy installation. FREE advice on the right LoRaWAN solutions for your IoT Project

We understand the full LoRA stack from sensor firmware, data-rates, and configuration through to gateways and LoRa networks. We offer advice and support on the optimal devices, location and configuration for your solution.. A single point of contact for anything LoRaWAN related.

From small IoT concepts through to city-wide deployments, we can help. We can identify the optimal locations for your gateways using our radio mapping technology. We can guide you on the pros and cons of each LoRa network. When things go wrong, we can help you recover your services quickly.

Get in touch today to discuss your LoRaWAN Solution Requirements

Stephen Drewett is a recognised authority in LoRaWAN and IoT Solutions, with a solid understanding of the entire LoRA end-to-end service, from sensors, gateways and payload through to LoRAWAN Networks and IoT Solutions.  He has personally tested and assessed hundreds of different LoRAWAN sensors, allowing him to make informed decisions on the right sensors for each project.  He has worked with several manufacturers including on prototype and production sensors, including sensor hardware, firmware and battery life.

At a Gateway and Network level, Steven has worked with all the major network brands including Loriot, Orbiwise and the Things Network, both public and private networks.  Steven has 6 years of experience provisioning, configuring, supporting and troubleshooting LoRa Gateways.  He understands and can put forward proposals on the optimum setup, distribution and location of Gateways, to make use of available capacity and range.  His experience now used to handle tends of thousands of Sensors across entire cities.

Steven has worked with hundreds of companies on pilot and production LoRaWAN deployments.  This includes everything from pioneering LoRa based asset tracking solutions, to consultancy on multi-million-pound deals to use LoRaWAN to control street lights in smart Cities across the UK.  He has a thorough understanding of how LoRaWAN works how best to configure a LoRaWAN deployment for overall success.